When Worlds Collide: Whither Shadow Education in Post-covid China?

It was a bright, sunny and peaceful Saturday in spring — a perfect day for picnic. When Xiao, a ten-year-old Chinese boy still lost in his dream — was woke up by his mother, he awoke with a yawn, stretched and then packed up his bag, had his breakfast and got on the car. The destination, however, was not a park, but a cramming school.

Xiao’s sad experience is only an epitome of millions of students’ struggle in China and other East Asian countries where education has become ultra-competitive, leading to what commentators called “academic arms race”. China has been a big fan of education, which is not surprising at all given its rapidly expanding higher education system, unprecedentedly booming pre-school education and exponentially growing “shadow education system” over the last decade. Shadow education, namely private tutoring as supplement to regular schooling, is usually received, or more precisely, “borne” by students at primary and secondary levels ( approximately aged 6-17 ). Such form of education has emerged as a result of “selective schooling”, as schoolchildren in China have to make their ways through high school-entrance exams (known as Zhongkao ) and university-entrance exams (known as Gaokao) which may determine whether they can go to “privileged high schools”, thus enter “elite universities”, and finally end up working in leading companies after graduation. According to the most recent statistics shared by the Chinese Society of Education in 2016, more than 75% of school-aged students in China attended after-school tutoring, on which they normally spent 10.6 hours a week. The craze over private tutoring in China also added serious pressure to parents’ wallets: according to a report shared by RTI International and the Omidyar Network in 2019, the average family spending on a child’s education over the course of his K-12 school experience in China is over $ 40,000. 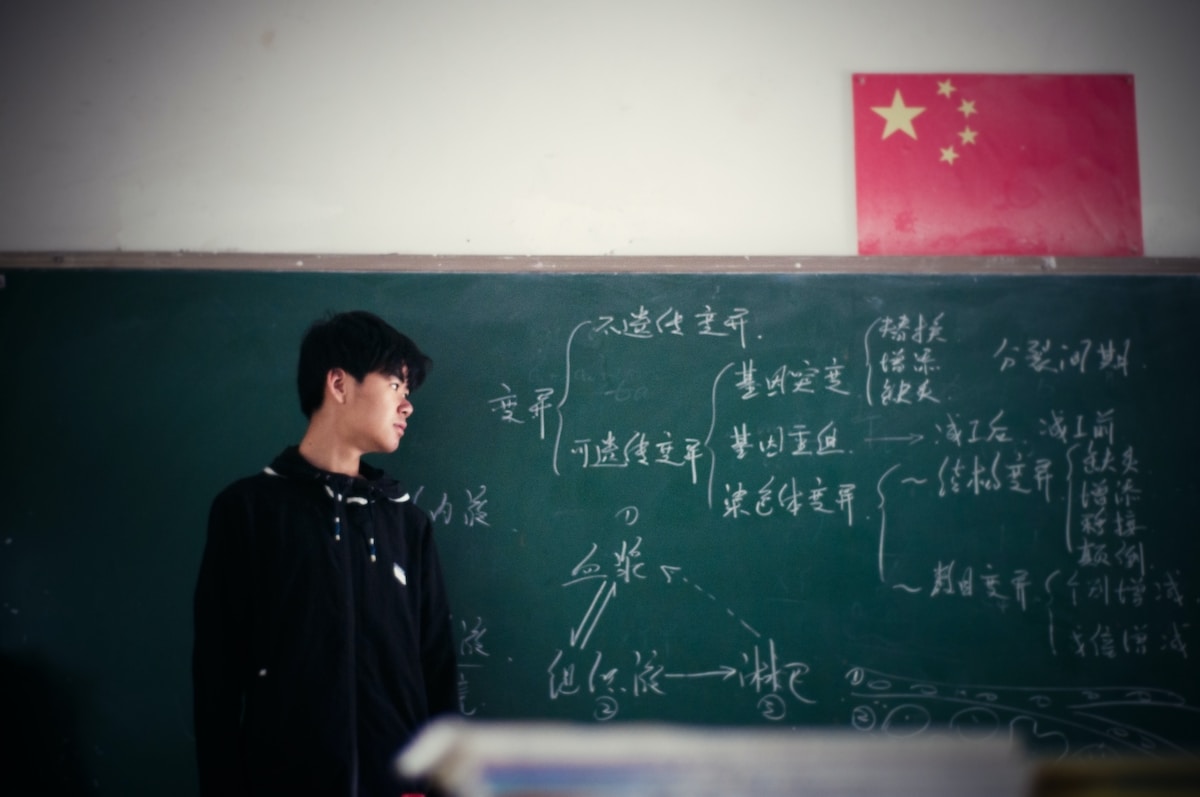 Bringing An End to the Chaos: China’s Crackdown on Private Tutoring

The over-reliance on shadow education in China has been further enhanced by this world of pandemic where in-person teaching at schools were widely canceled and online private tutoring were pervasively sought as a reasonable alternative. It is said that a firm called Zuoyebang ( “help with homework” in Chinese ) in this rapidly growing online tutoring industry is offering live-streaming classes to over 170 million users each month. What has been brought to the schoolchildren was longer study hours and less time for rest, leaving them overwhelmed, sleep-deprived and even depressed.

As academic burdens left schoolchildren mentally and physically stressed, the entailed financial burdens further discouraged couples from having children at all — leading to lower birth rates and higher conflicts tied to an aging society in China.

To call stop the “endless chaos” in the private tutoring market, Chinese government has started to clamp down on cramming schools in June 2021 by imposing order to limit for-profit tutoring services and to forbidden foreign investment in Chinese private education companies. The goal is not only to bar existing after-school tutoring institutions from raising funds, but also to halt approvals for establishing new tutoring institutions. The education ministry was even preparing to set a new government department to better oversee the private tutoring sector by managing off-campus training ( both online and in-person ) that targeted primary and secondary school students, guiding law enforcement and drafting policies to further regulate the market.

The guideline of this restructuring of the education system, according to Chinese government, is the “double reduction” strategy. On the one hand, it aims to reduce the burden of off-campus tutoring for schoolchildren. On the other hand, it expects to reduce homework burden for students undergoing the nine-year compulsory education ( in China, compulsory education covers a student’s schooling experience from Grade 1 to Grade 9 ).

By introducing these policies and even a new ministerial department, Chinese government aims to scale down China’s private tutoring industry to ease financial pressures on families and lift academic burdens on schoolchildren. More importantly, through dismantling shadow education as a “private commodity” and re-emphasizing on the role of formal schooling as “good for the public” , China seeks to curb the widening of educational gap in the post-covid society by making educational resources more equally accessible regardless of a student’s family background.

When Worlds Collide: Whither Shadow Education, Whither Education

Among academia, government and private sectors, there tended to be a solid belief in the positive correlation between education and development. Such belief has been endorsed by economists’ interpretation of education as a tool for promoting economic development: While Alfred Marshall in 1873 considered education as a tool to erase the “distinction between working men and gentlemen”, Gary Becker in 1964 famously commented education as an investment in “human capital” which could lead to high returns in the market and thus high potential for growth.

However, with a fixation to ‘individualism’, the Human Capital Theory only painted a rosy picture of education by suggesting that upward mobility will definitely be achieved as long as individuals were committed to making educational investments and acquiring sufficient skills through their education. In this case, this theory became an endorsement for “educational meritocracy”, that is, a system in which success is only depicted as a reward for individual achievements with no notice of the social context within which such individual mobility takes place.

The overheated private tutoring industry perhaps evidence how parents and their children have been persuaded by the notion of ‘human capital’ into believing in a utopia where education is unconditionally conducive for facilitating not only individual development but also national development. The cracking down on private tutoring by Chinese government is probably also backed up by the exactly same theory which holds that, by banning the wealthiest from excessively investing in their children’s education, educational investment would become more equal among individuals, so would the economic outcomes tied to their received education.

However, given the limits of Human Capital Theory, there are obviously problems associated with the government’s attempts to regulate the private tutoring industry. On the one hand, it is noticed that the introduced policies only focused on the “supply side” aiming at constraining the supply of off-school training. But the reduced supply of off-school training will not necessarily lead to declining demand for such tutoring in post-covid China if students still have to face furious competition in senior high school entrance exams and college entrance exams due to the entrenched ‘selective schooling system’.

On the other hand, as warned by educators, what has been reflected by such chaotic private tutoring services is that nowadays education is less about equipping students with practical skills for future employment, but more about training students mechanically for “exams and credentials”. There is an increasing mismatch between the “skills equipped through education” and the “skills desired by market”, thus translating graduates’ years of hard work at schools into widening youth unemployment. What is needed, according to Xue Haiping, a professor at Capital Normal University, China, is a “broader societal shift away from winner-take-all educational competition towards more diversified and personalized education models” that caters for each student’s need while attending to their real interests.

This echoes what Amartya Sen pointed out in 1992, that instead of ‘human capital’, education should be seen as a basic ‘human capability’ which is in itself valuable in improving one’s life by enhancing the possibility for him/her to appreciate and engage in activities that are fulfilling in their own sake — regardless of whether education will bring them economic benefits equal to their educational investment.

When “shadow education” distorted the “rule of game” in education, when covid-19 pushed development off its original track — when worlds collide, we are forced to take off our rose-tinted glasses through which we once portrayed a utopia for education and development, and are forced to paint a new picture for education and development in this post-covid world. While China is still keen on maintaining its competitive advantage in the global market to sustain development, Chinese young people are driven to secure a competitive advantage in the over-crowded labour market through education. However, when national development failed to deliver decent benefits to individuals in China — education, what we once perceived as a promise for a wonderful career and an inspiration for us to challenge the world, turned out to be a path towards youth unemployment & underemployment and an exposure of us to a world full of challenges.

Subscribe
Previous
Covid Feigns Clothiers
Next
The New Variant: Delta is One Thing, Inequity is Another
Return to site
All Posts
×