“From being apologetic of the label 'feminist', I have become convinced of the need to use the word as often as possible” – Peggy Antrobus

The misconception among many of us lays that the term ‘Feminist’ refers to something foreign and alien to us and it is not related to us at all. But we need to have self-realization that stands for something more significant. From the view of Peggy Antrobus, the term “Feminist” helps us to remind that we must have the consciousness to realize where oppression is and how should we work against it, for all Gender groups.

I came to realize it back in the year 2019 when I started my work as a fellow of Teach for Bangladesh, a reputed NGO in Bangladesh. My role was to work as a teacher and community mobiliser in the under-resourced community of Dhaka, the capital of Bangladesh. My workplace was confined to a small six rooms elementary school in an impoverished colony belonging to people of the Dalit caste. My first few weeks of experience working there as a teacher for young students, and community mobiliser to advocate important awareness messages to the community, made me realized the clear segregation of population in there in the bias of gender, male and female, the former one in a dominating position. Though not surprising, the manner men mistreated women was new to me, with discriminating attitudes even rooted in their younger generations. Male students would speak to their female peers in an assertive tone, as though the majority of the classroom resources and leadership positions belonged to them, even though they were evenly distributed among both gender groups. The perspective was not confined to male students; female students also worried that pursuing resources, leadership positions, and striving for higher performance would demean male students. I was searching for a way to change the mindset of my students to enable them to grow of this shrink hole, and regardless of any distinction work together for the collective good. At that time, I found feminism, and since then I have been a strong believer in it.

Feminist defines development in a new context and it introduces us to society’s issue that we often care to a little bit to ignore. Feminism, the belief in social, economic, and political equality of the sexes. Feminist theory explores both inequality in gender relations and the constitution of gender. Feminism explains how institutions operate with normative gendered assumptions and selectively reward or punish gendered practices.

Before diving into the key concepts of the Feminism Development approach, we must have a look at “what development is?”

Nobel laureate economist Amartya K. Sen has described, the word ‘Development’, as ‘Freedom’. The ultimate end of development is freedom of the individual and the way to gain the development is through achieving freedom. Amartya Sen has argued that freedom is gained by gaining opportunity on the aspects of economic, political liberties, social facilities, enabling conditions of good health, basic education, and the encouragement and cultivation of initiatives.

Feminism can be related to ‘Freedom Development Thought’ that feminism works to promotes equality in all segments of opportunities for all. Here, “all” represents all prevailing gender groups in society.

Feminism helps us to understand –

Feminism suggests true development can be achieved through:

ii. Creating systems for individuals to promote their development 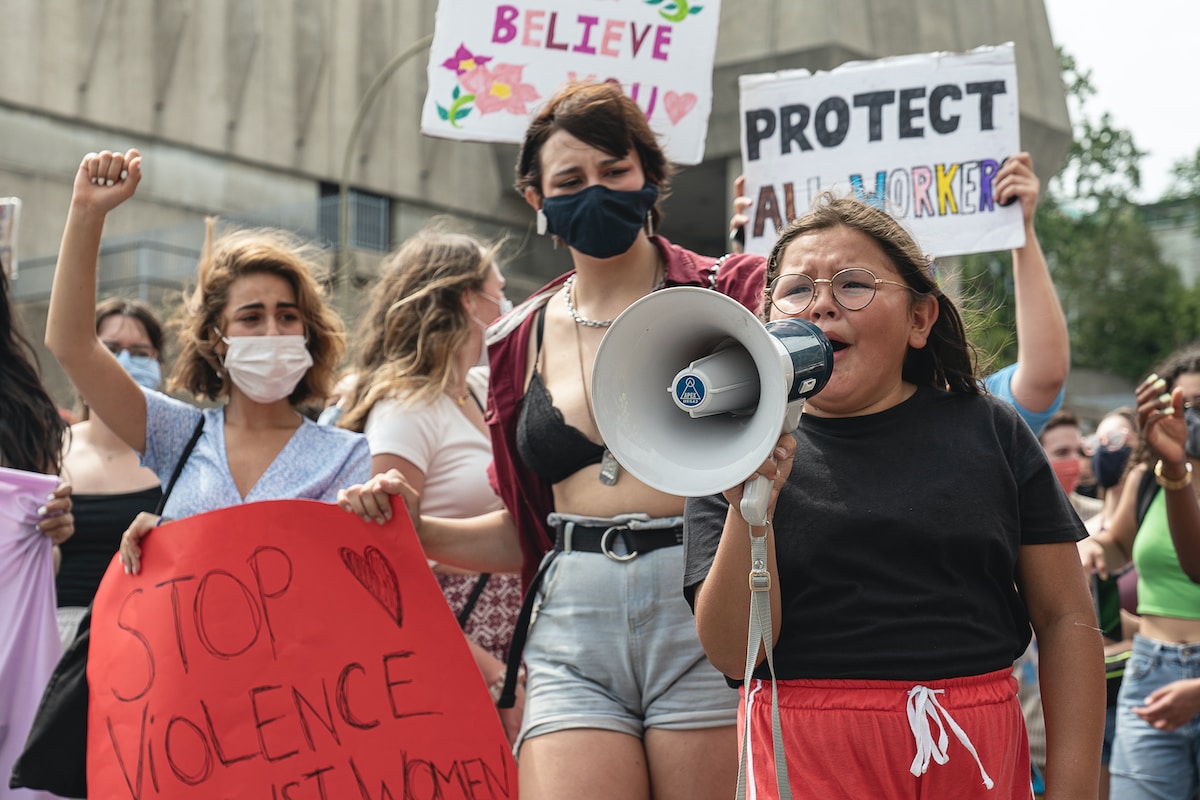 Feminism: A solution to Gender Discrimination

Before eliminating a problem, the puppeteer, or in other words causes have to be found out, feminism here helps us to best explain gender discrimination in social institutions.

1. Existing Gender Hierarchy at Education System: We often forget to notice that there exist some hierarchy structures in our social institutions. The feminist theory introduces us to these issues and helps us to identify one of the reasons for gender discrimination. This hierarchy often creates based on sex roles. An example in the context of educational institutions male students tends to be selected as a student leader often due to gender stereotypes of believing that male is stronger and smarter than female.

3. Gender Difference: Feminism help us to understand that there are gender differences between different genders in social institutions. To alleviate these problems, we need to create an infrastructure that helps females to have self-control of their life not to be under the control of male decisions.

4. Male Bias: There exists a certain notion in the social sectors where favour is provided to males because society has entitled them to the ‘male’ gender. For this favour, they are often provided with more opportunities than their counterpart female. A noteworthy example can be gender biases in educational textbooks where male often portrayed as a character who held power. These did not happen because the male is biased against females but due to a system of male favorability or male biases being created in the society. Feminism helps us to understand more vividly than any other theory.

Students as feministleaders sharing their thought on gender roles. Photo by Asif Amer

In the way forward, we have to include feminism in every part of society and our actions. One thing needs to be remembered, often a sound development plan halts in path failing to resolve the problem due to their unseemly inclusive approach of actions. Hither, feminism provides an entirely new lookout with sound tools to identify the causes of exclusion, and a helping hand to check out the essential criteria to develop an inclusive framework for any sort of acts. Feminism believes majorly comes in that, it promotes a society where everyone rights are met and respected. We can use effectively use feminism, Abolish Patriarchal Forces.  At its root feminism helps to identify forces that constitute patriarchy, a bane of gender discrimination. There exist certain forces among social institutions in the society which promotes patriarchal structure. These forces often originate from religion, politics and traditional social values. Feminism could help us to identify the source of these forces and try to change their effect on society. Inclusive Policies Development, feminism can help to build an inclusive framework accounting all the factors related to gender equality. Mindset Change, as we know, there exist certain notions where males are perceived as superior both by male and female gender, initiatives based on feminism can change this mindset among people.

Returning to my narrative as a teacher at a gender-segregated school, it does not conclude on a depressing note. My understanding has caused me to reconsider the entire educational system from a feminist's standpoint. Feminism and its theories helped me recognize that the system, or what is known as ‘Patriarchy,' is the principal conspirator between these unsightly divisions, not the people who belong to it. I began by explaining to pupils that there is a gender divide in the classroom and assisting them in comprehending the problem and its negative consequences in their lives. The lesson was followed by a range of academic, recreational, and extracurricular events where students participated to dispel their misconceptions about gender supremacy and to teach them to respect each other's identities. After six months, my male students began to support the rights of female students, sharing the resources equally and electing the right person as their class leader without regard for gender. Though it took some time, I recognized that the system, not the people, can be altered by adopting the appropriate perspective, a feminist mindset.

Subscribe
Previous
The New Variant: Delta is One Thing, Inequity is Another
Next
How to preserve traditional embroidery of Bouyei ethnic...
Return to site
All Posts
×